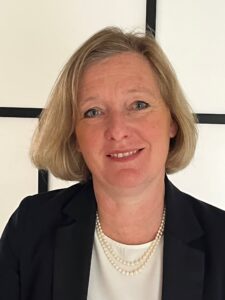 The British Tinnitus Association (BTA) is delighted to announce that, after a rigorous and thoughtful process, Deanne Thomas has been appointed as its new chief executive from 21 November, taking over from David Stockdale who left in June 2022 after 12 years in the role.

For the last 16 years, Deanne has led the Sailors’ Children’s Society, a national charity that provides support to children whose parent has made a living at sea or from the inland canals or rivers.

Deanne said, “I am delighted to have this opportunity to lead such a fantastic team into its new chapter and to build on the support that the BTA provides to those living with tinnitus across the UK.

“Having led a family support charity for many years, I see how health conditions like this impact people, their family and life. The remarkable plans for a Tinnitus Biobank are something I’m particularly passionate about. This will advance our understanding of what causes Tinnitus, and I’m excited to talk to you more about this in my new role.”

Lynne Gillon, Chair of the BTA, said: “Deanne brings experience, energy and ambition to the BTA, as well as a commitment to drive forward our vision of creating a world where no one suffers with tinnitus. She has valuable leadership experience in the voluntary sector and a genuine passion for delivering quality support to the tinnitus community, whilst also pushing for increased investment in tinnitus research.”